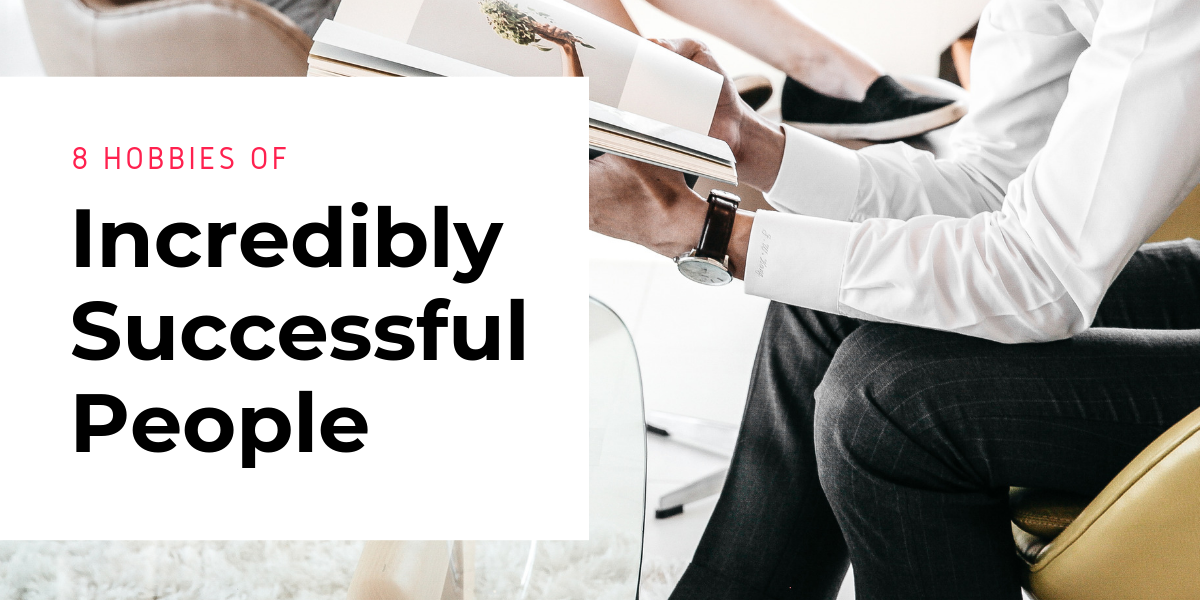 Did you know that Mark Zuckerberg hunts his own food? Have you ever heard of a thing called ”cross-training the brain”? No? Well, we can guarantee you that using this technique can make you better in everything you do.

Don’t worry, it isn’t hard but actually a lot of fun; it only requires you have – a hobby. So, what is “cross-training” and what does it have to do with Zuckerberg’s weird desire to eat only what he kills?

According to neurology professor Alvaro Pascual-Leone from Harvard Medical School, “If you practice multiple things you actually get better at any one of those things”.

This means that the benefits of doing one practice (let’s say you enjoy gardening) are transferred to other areas of your life as well.

Gardening will probably make you feel restored, calm, happy and proud of what you’ve accomplished.

This will make you a better entrepreneur; you may start seeing problems from a different angle or treat your employees in a more productive manner.

In a sense, hobbies are like an investment, a fun side-project that helps fuel your breadwinning job and, of course, your overall well-being.

For Zuckerberg, hunting his own food made him thankful for the food he has to eat and for what he has in general.

Here’s a list of some of the most usual, and some quite unusual, hobbies successful people have:

And by running, we don’t mean a run around the block. While most people practice jogging as an everyday activity that helps them stay fit and focused, some successful people take it to the extremes.

Former Motorola CEO Mike Zafirovski completed an Ironman triathlon (2.4-mile swim, a 112-mile bike, and a marathon run) with a time of 13 hours and 37 minutes.

Indian billionaire Anil Ambani is a serial marathon runner. He’s often seen running the streets of Mumbai before dawn, accompanied by his bodyguards.

For Ambani, running is about pushing the limits and realizing one’s possibilities, something that is certainly helpful when it comes to doing business.

Running involves discipline and a lot of hard work. You can’t fake it when it comes to finishing 26.2 miles. You definitely get out of it what you put in. Not only does it involve physical toughness, but a considerable amount of mental strength and focus as well. Comparisons can be drawn to business when it comes to knowing your capabilities, working hard, using your wits and not giving up.

One of the most famous knitters is Meryl Streep. This three time academy award-winning actress from New Jersey, considered to be the greatest living actress in the world by many critics, likes to relax between takes with a ball of yarn and needles.

It enables her to gather her thoughts and “understand the contemplative (life)… it’s a sort of clearing out space,” she says.

Other famous yarn addicts are Sarah Jessica Parker and Julia Roberts. And if you think that knitting is reserved only for women, think again. George Lucas is also quite a yarnie.

Playing golf has always been associated with the rich and the famous. Golf is much more than a game in which players use different clubs to hit balls into a series of holes on a course in as few strokes as possible.

It offers successful people a chance to mingle. A golf course is often a place where business deals are discussed and made, and where entrepreneurs can form relationships with their clients.

Most country golf clubs are exclusive and a clear sign of one’s status.

One of the most famous golfers is Condoleezza Rice, the former U.S. Secretary of State. She was one of the first women granted membership to the Augusta National Golf Club, one of the most exclusive clubs in the world.

This aggressive golfer, who also happens to play the violin, doesn’t miss out on the networking possibilities golf has to offer.

Tom Watson, Founder of CausedWired, explains to Forbes magazine how golf helps him in his business:

“All successful golfers know their limitations on the course, even Tiger Woods. We all have limitations, especially in social entrepreneurship. Funding. Specific talents and training. Scale. Opportunity. Partners. Markets. These all have upsides, sure – but you’re foolish if you don’t realize they have limits as well.”

Steve Jobs enjoyed playing Bob Dylan songs on the guitar, Bill Clinton is known for his love for saxophones and Albert Einstein relaxed by playing the violin.

There is a timeless attraction between successful people and musical instruments.

One of the most unusual examples of a businessman musician is Warren Buffet. The Berkshire Hathaway CEO and chairman, who has been investing since he was just 11 years old, spends his free time playing the ukulele.

The “Wizard of Omaha” started playing in college to impress a girl. It didn’t work, but we’re confident that this billionaire and one of the richest people in the world no longer feels like a loser.

To see whether he’s as good with the ukulele as he is with money, watch the video above.

The benefits of meditation are numerous and well known. It increases one’s level of energy and performance, as well as promotes health and happiness.

One of the most successful regular meditators was again Steve Jobs.

It’s quite possible that his entire approach to Apple was influenced by one of the most common by-products of meditative practice – the desire to make things simple and intuitive. LinkedIn CEO Jeff Weiner and Twitter’s Evan Williams are also enthusiastic meditators.

Apart from meditation, one other most common technique used to relieve stress is yoga. Marc Benioff, a successful Internet entrepreneur and former executive at Oracle, is a huge yoga enthusiast.

His new company, Salesforce, has yoga studios in many of its offices and offers classes to employees.

Sergey Brin, the Google co-founder, does trapeze, whereas the Monster.com CEO Jeff Taylor is the five-time world-record holder for the longest distance water skiing behind a blimp. Extreme sports seem to go hand in hand with a stressfull business world.

The information is even more surprising when you learn that this record was previously held by Richard Branson, of Virgin Group.

Branson has one of the most ”boring” hobbies there are – he likes to break world records.

His other attempts include circling the globe non-stop in a hot-air balloon (which he failed at), crossing the English Channel in an amphibious vehicle and becoming the first person to cross the same channel in a hot air balloon a year later.

Although sailing is not considered to be an extreme sport, Oracle’s Larry Ellison, a sailor since his 20s, does take it to the extremes.

His Oracle Team USA won the America’s Cup race in 2013. Ellison became interested in sailing when he read a story in National Geographic as a teenager about his peer who was at the time the youngest person to circle the globe by himself aboard his sailboat.

Coachup.com Founder Arian Radmand shares what sailing has taught him about running a company:

“Similar to business, winning a competitive fleet race is often not about doing things right, but rather about making as few mistakes as possible.

The best sailors minimize errors and are consistent on the racecourse. If you strive to be consistent and learn from your mistakes, you’re better off than most other entrepreneurs in the world.”

And if these two successful guys didn’t convince you that sailing is an excellent hobby, it might help to learn that Albert Einstein also enjoyed sailing.

Warren Buffett, Sharon Osberg, and Bill Gates logged on and engaged in a game of online bridge.

No, this isn’t the start of a joke, this is something that actually happens on a regular basis.

Apparently, apart from playing the ukulele, Buffet is also a tough online bridge player who’s hooked his two buddies Osberg and Gates onto this card game as well. It enables him to keep his mind sharp:

“[Bridge] has got to be the best intellectual exercise out there. You’re seeing through new situations every ten minutes….In the stock market you don’t base your decisions on what the market is doing, but on what you think is rational….Bridge is about weighing gain/loss ratios. You’re doing calculations all the time.”

Here is another one of his quotes that will show you just how much into bridge he is:

“If I’m playing bridge and a naked woman walks by, I don’t even see her.”

John Rood, the president of Next Step Test Preparation, enjoys poker as a hobby.

Although poker is a different kind of card game, his views are similar to those of Warren Buffet:

“Taking calculated action is often required despite the lack of complete information about your situation. You may understand the odds, but ultimately every move is a gamble.”

In conclusion, thanks to the ”cross-training of the brain” effect, having a hobby can help you become more skilled and efficient in all other areas of your life, your business included.

Choose a hobby that best suits your personality and interests. A hobby has to be fun and interesting. It has to feel natural.

You shouldn’t force yourself into gardening if you find it boring just because it brings serenity to some people. If you’re more fit for a intellectual activity, you may want to start playing cards or something else.

If you love a good challenge, consider doing some physical activity. The choices are limitless. Hobbies can make you a better entrepreneur through the lessons learned while pursuing them.

The bottom line is that the next time you find yourself feeling guilty while playing poker with your friends, when you could be reading something about SEO or contacting a possible client, don’t be.

The skills you learn from a good poker game could very possibly inadvertently solve one of your future business problems.

Davor is CEO & Founder of Fortis Agency — SEO & content marketing agency for B2B SaaS. He is an SEO expert with over 10 years of experience in the industry. Davor specializes in content marketing and link building and loves helping startups grow their traffic through search engines. 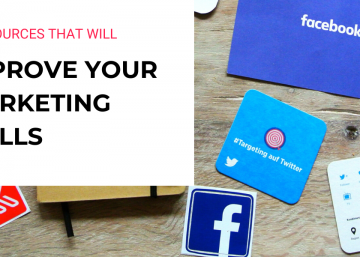 April 12, 2020November 19, 2022|BY Marina PreglImprove Your SaaS Marketing Skills With These 7 Resources

Can you hone your marketing skills and become a better SaaS marketer just by following others’ work? Sure you can.... 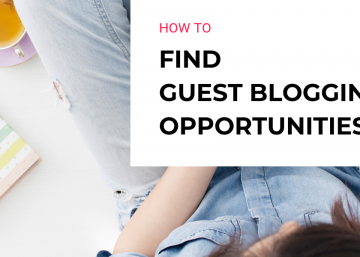 Do you want to generate consistent traffic to your website and build a great brand online? Of course, you do,... 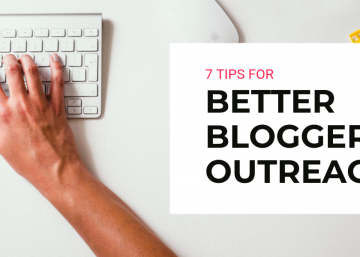 Do you want a larger audience for your business? One effective way to do that is through effective blogger outreach....