How To Adapt to Mobile Ad Blockers 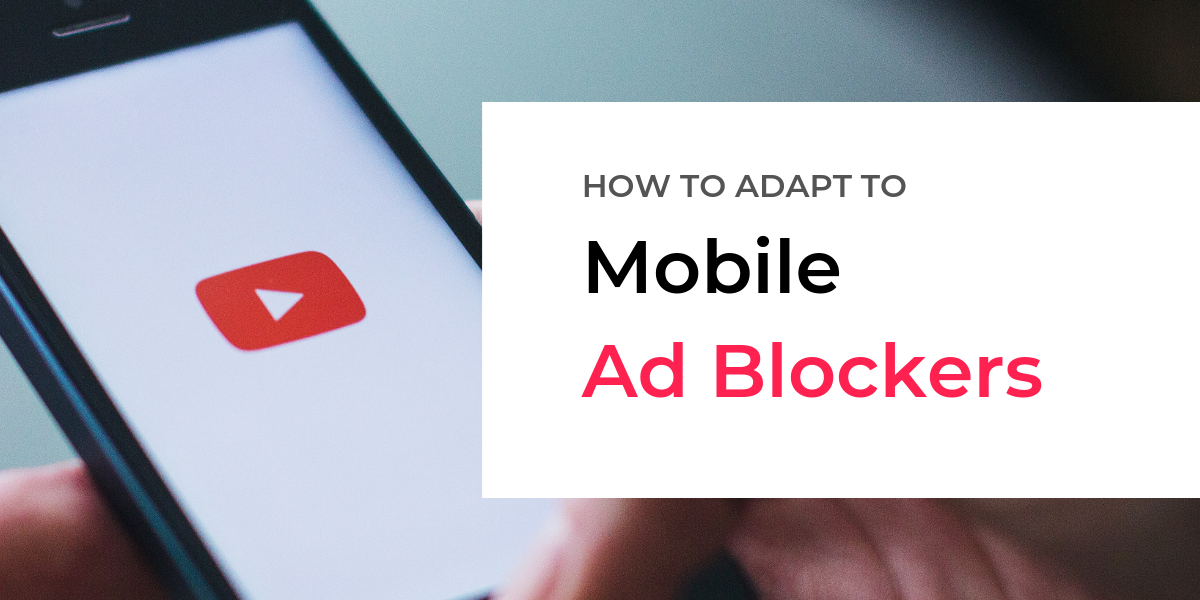 Ad blockers have been around for many years, decades even, but nowadays they are making their first foray into the mobile domain.

Recently Apple made headlines when it announced that their latest iteration of the mobile operating system for iPhones and iPads will be supporting Ad blocking apps.

Needless to say, this has ruffled more than a few feathers among the online advertisers focusing on mobile ads.

This meant that their years’ worth of effort evaluating their consumers’ habits, where they pay, shop and browse would go down the drain.

It’s easy to see why some of them consider this the end of times for mobile advertising.

This turn of events obviously presents a danger for mobile marketers who immediately started asking themselves how can one get around this issue.

However, there are no simple answers to this plight, at least not the ones that could provide a wholly satisfying outcome for mobile advertisers.

The truth of the matter is that in the light of this circumstance, the advertising industry as a whole will need to accept a new paradigm shift and put a lot of effort into modernizing their old methodologies if people are going to block more.

As is often the case when we talk about online marketing, the key to surviving mobile blocking is adding value and create ads that are relevant to the content.

Only then can you stand a chance of viewers not removing your ads.

There are still many advertisers in the wild that ignore these best practices.

Below we have identified a couple of steps that should help steer you in the right direction and circumvent the ad blocking threat.

This is the first issue that we need to address.

More often than not ads that we see are the ones that are not particularly relevant to the content of the website we have come to consume.

Adding their obvious intrusiveness by which they are presented and you can imagine how some users might be inclined to remove your ads.

Marketers should keep in mind that offering relevant ads in a non-intrusive manner is possibly the most effective solution to blocking.

With users responding better to ads that are being relevant and targeted to their interests, and Google penalizing websites that publish disruptive ads in the search rankings, mobile advertisers should take a hint as to what approach and methodology will work for them in the long run.

By implementing less intrusive ad formats (such as those found in feed advertising, or the ones closely related to native web content), while ensuring that the ads reach the right audience, mobile advertisers can slowly change how users perceive them.

By the same token, increasing the mobile advertising standards across the industry can ensure that users become more receptive to relevant, targeted ads, holding the blockers at bay.

Optimize the Load Times of Your Ads

The more ads there are on a page the slower the loading times will be on a mobile browser, depleting someone’s limited data plan.

From the consumers’ point of view, these two reasons are more than enough to install ad blocking.

What advertisers need to understand is that they alone are responsible for optimizing load times and overall content of their ads.

Advertisers will often shift the blame to websites being poorly optimized, but there is only so much that they can influence directly.

Until the mobile advertising community admits that their unoptimized ads slow down pages, they will remain the part of their own problem and will not start to contribute to its solution.

The takeaway here is to optimize your content and improve the value you provide as part of the user experience. Following these simple and common sense practices, you increase your chances of people not wanting to remove your ads.

Perhaps the simple solution to dodging the whole issue is to avoid mobile web advertising altogether and instead focus only on app advertising.

With Ad blockers on iOS currently being able to prevent ads only in their native browser Safari, it has been estimated that only about 11 percent of users spend their time browsing via the mobile web.

It stands to reason that heading to app advertising would be a straightforward way to solve the problem.

However, this notion should be taken with a grain of salt as it is more of a short-term workaround than a proper solution.

The reason being that you would not truly want to avoid using an entire channel of advertising, shutting off a good chunk of potential revenue.

Moreover, this approach might even do damage to your business if, for example, formats such as Google’s app streaming prove popular in the future.

Even more worrying are the reports that some of the new Ad blocking apps could block ads even within the apps themselves, making this solution obsolete.

Pay for the “Privilege”

There is always the option to pay for the right to have your ad unblocked.

Have you ever wondered how Ad blocker companies make money?

One of the most popular methods is by allowing the companies’ blocked ads to pay their way out of the blockade, so to speak.

Thus, by spending some money and meeting the Ad blocker’s basic criteria regarding advertising you will be allowed to post your ads. These criteria should be easy to fulfill, but they can vary from one Ad blocking company to another.

However, chances are your ads will get past the barrier much easier if they are ethical or indeed more relevant to the publisher’s content.

The downside to this approach is that the advertising guidelines of Adblocking companies often do not allow for effective rich media and video formats.

This can surely damage the effectiveness of your adverts.

The last thing to consider regarding this topic is somewhat of a philosophical conundrum where you pay a blocker to let you show your ad.

Do you really want to support a business that makes money by damaging your own?

In stark contrast to the previous approach of paying your way past the blockers, you might want to consider working alongside publishers and partnering with them to beat the blockers at their own game.

Some online publishers have already taken the necessary steps and put their plan in motion. Sites such as Forbes and Wired have implemented scripts which detect if a reader is using some sort of Adblocking extension.

They are then left with a choice to pay for complete access or disable their blocking software while on the site.

Investing into tech aimed against Ad blockers may pay off in the long run and should be considered as one of the most efficient methods of mobile advertisers’ battle for survival.

On the other hand, this approach can be viewed as confrontational in the eyes of users and may even alienate them.

Forced with a decision such as the one explained in the cases of Wired and Forbes there may be some users that will pay for access.

However, there will always be others who have begun using even more sophisticated workarounds gaining access to the site without having to pay.

Solving the problem of mobile advertising blocking will require a bit of work from everybody involved in the industry, be it advertisers themselves or the publishers.

Only by raising the standards of mobile adverts across the board can marketers hope to inhibit the users’ incentive to block and stave off the blocking trend.

Davor is CEO & Founder of Fortis Agency—SEO for SaaS marketing agency. He is an SEO expert with over 10 years of experience in the industry. Davor specializes in content marketing and link building and loves helping startups grow their traffic through search engines.

All author posts
SEO for SaaS

Ultimate Guide to SEO for SaaS
Davor is one of the best professionals I have worked with. He not only executed on SEO but also became an advisor over time. I will recommend Davor without any hesitation - Jagdeep Singh -
FOLLOW US
We use cookies to ensure that we give you the best experience on our website. If you continue to use this site we will assume you are happy with it. #lovecookiesOkPrivacy policy