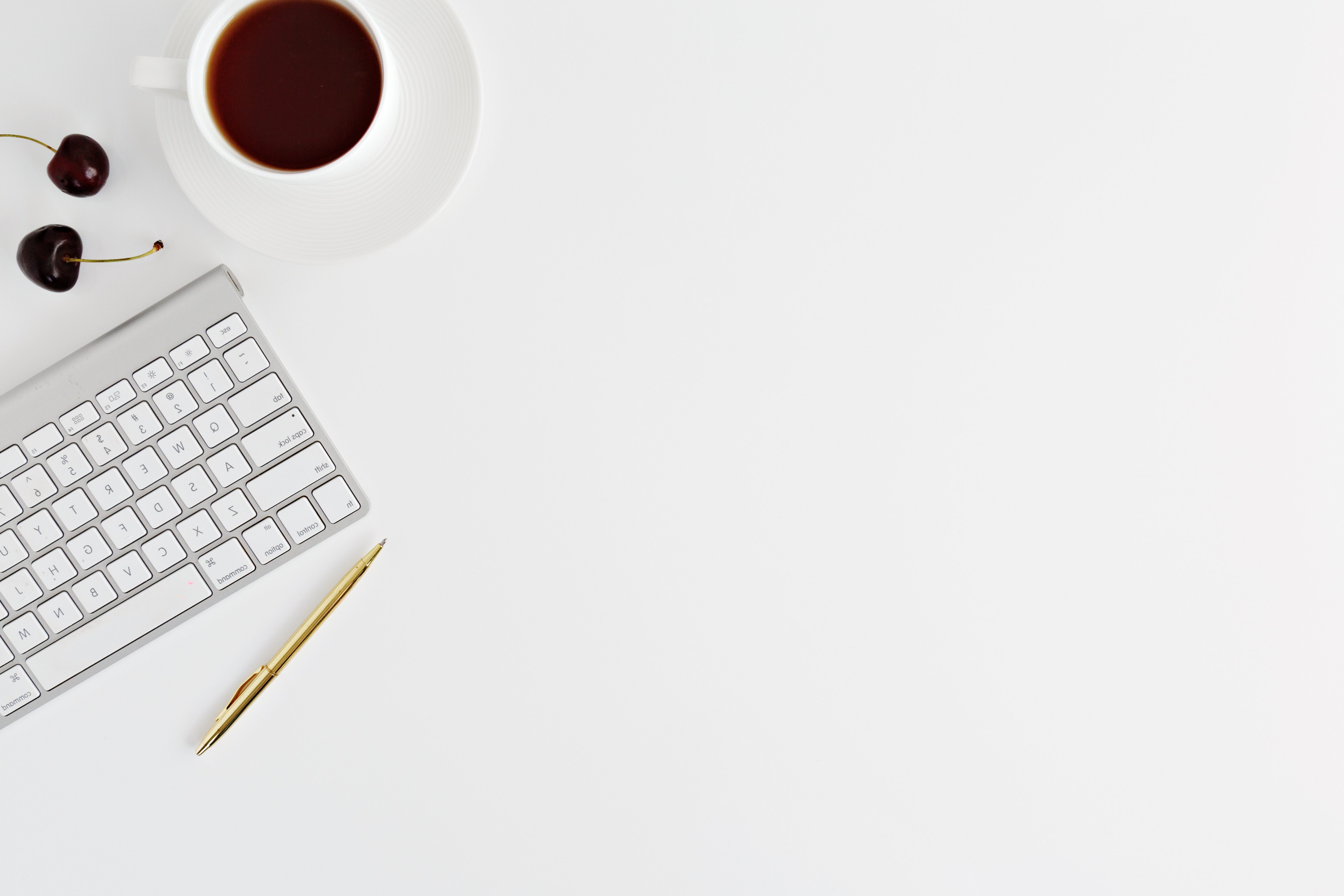 SaaS Copywriting Hacks Based in Psychology 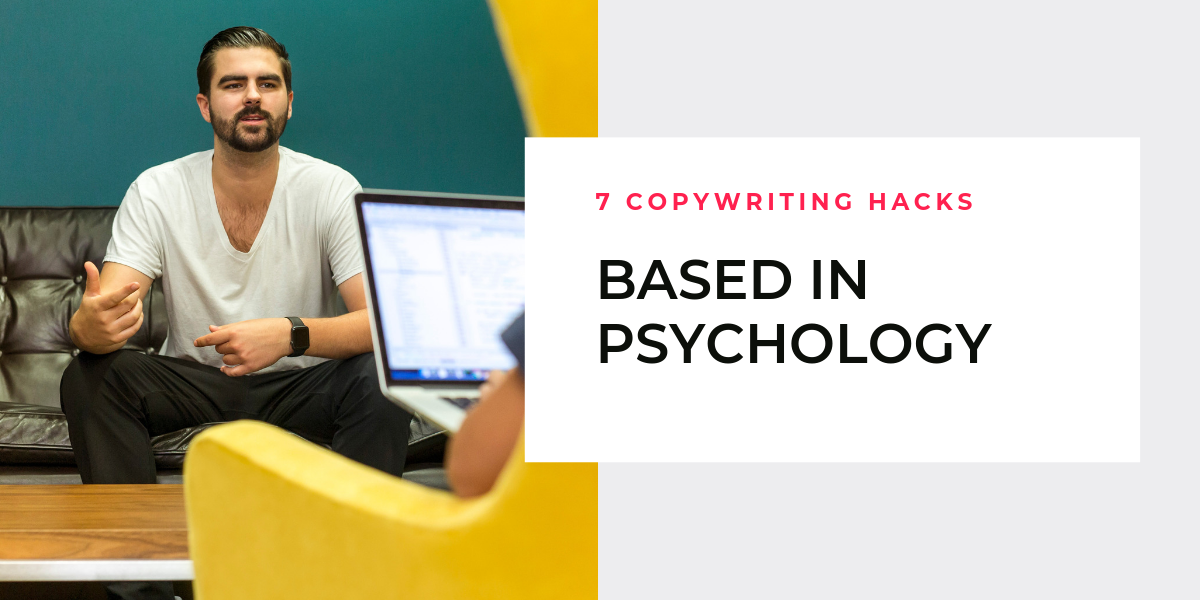 Whether you are a beginner or an advanced SaaS marketer, you know how important a good copy is for any business. Having a high-quality product is a great place to start but there is a long journey between a good product and making the sales.

When you are defining your company’s brand or desperately trying to increase those conversion rates, you will not make it without knowing how to properly mold the messages you are conveying to your target audience.

It involves getting inside people’s heads and learning what they want to hear, what appeals to them and makes their hearts beat faster.

It only seems logical to pair it up with another branch that does the same thing – psychology.

But don’t worry; while no amount of practice will turn any one of us into Picasso, being a top-notch copywriter is a talent that can be mastered.

Therefore, if you would like to learn some essential tricks of the trade and explore the psychology side of marketing and SaaS copywriting, this is a great place to start.

The illusory truth effect refers to our tendency to believe the information to be correct just because we are exposed to it more than one time.

If we hear the same message over and over again, we get used to it and start believing it is true.

Our brain spends less effort into questioning the matter and we think something is trustworthy simply because it sounds familiar.

Likewise, if we are presented with something we have never heard before, we will find it hard to believe it is true.

Now, if this is the case, why don’t I believe the politicians and their slogans, you might ask?

It is a legitimate question.

Apparently, this effect also has its limitations.

If we hear the same message over three or five times, our brains might reactivate and we might get skeptical about it.

Also, do not try this effect if you are dealing with a critical audience, especially if your arguments are weak.

If you want your audience to believe or remember something, just repeat it several times through your message or text.

You do not have to repeat it word for word; a paraphrased statement will do.

Ok, I agree that this was a lousy attempt to rhyme but I think you can see where this is going.

Apparently, people also believe something to be true in case it rhymes.

It is called the “rhyme-as-reason effect” and it is closely related to the fluency heuristic.

The studies have shown that the more skillfully or elegantly an idea is communicated, the more likely it is to be considered seriously, whether or not it is true or logical.

People tend to view the rhyming version of statements as more accurate than those that do not rhyme.

Here’s an example of how rhyming can be used in copywriting.

Its authors count on the “rhyme-as-reason effect” to convince readers that smoking is dangerous and that it may lead to their premature death.

It also shows us that rhyming (unlike smoking) can be a lot of fun!

However, like with many other things, be careful not to overdo it.

Studies have also shown that when presented with a list of items, we tend to remember only those that appeared at the beginning (the primacy effect) or at the end (the recency effect).

Look at the graph presented below:

This is known as the “serial position effect.”

Words mentioned early are put into our long-term memory because we have had the time to rehearse each word acoustically.

Words from the end are stored into our short-term memory that can typically hold about 7 items.

Words that are located in the middle fall into neither of these categories, i.e. they have not been there long enough for us to remember them, nor have they been mentioned recently enough for us to store them into our short-term memory.

What does this mean to you?

When writing a text or a message, place the things you most care about the reader remembering at its beginning or the end.

If there is something you do not feel comfortable with, use the benefits of this effect and place it – yes, you have guessed it correctly – in the middle of the text.

Just make sure that this text is not eye-catching.

You do not need the ring of power to persuade people to do what you want them to do.

According to psychology studies, there is one word that can do this for you – “because.”

You might have assumed by now that our brains tend to be quite mindless sometimes.

When we hear a trigger word like “because,” followed by a reason (no matter how valid it is), it causes us to comply.

These are the results of the experiment originally conducted on this effect:

When you are writing something, include the word ‘because’, because it will reinforce the validity of your statements.

However, note that if the stakes are high (e.g. if you were to ask them to make 20 copies), then there is a little more resistance so make sure to come up with a valid reason for your request.

So we have learned so far that our brains like to switch to an autopilot whenever possible.

However, studies have also shown that we like the illusion of freedom.

This illusion may be achieved with the expression “but you are free”; specifically, it doubles the success rate for compliance.

It indirectly tells the other person that you are not threatening his/her right to say no.

As in the case of the “illusory truth effect,” the actual words do not matter, what matters is the message you are conveying – they have the freedom to make a choice.

Here are a few examples:

It seems that this expression contains something magical that can help you improve your sales, and no, I am not suggesting saying “I love you” to your customers.

Apparently, P.S. is just as powerful.

If you remember the serial positioning effect, readers tend to remember the last words (as well as the first ones) the most.

P.S. line is also eye-catching since it stands out the most.

Many times, people will not even read your message due to lack of time or interest and they will go straight to the P.S. line.

Make sure to repeat your main idea or call to action in the P.S. line, not necessarily word for word.

It is also advisable that it contains the clickable URL that sends your reader to the landing page.

Here is an example of how Tara from ToutApp uses the post scriptum persuasion technique to her advantage.

She repeats her call to action and provides a phone number so that her customers may reach her immediately.

P.S. This line also adds a bit of personal touch to the message.

Which one appeals to you better?

Psychology studies show that people respond better to the expression “having a rough day?”

This expression contains a textural adjective “rough” and the brain scans have shown that our minds tend to actually picture how this must feel.

In general, vivid, sensory, and emotional adjectives tend to score better with people.

Likewise, we better recall messages when bizarre nouns or adjectives are used with common words in a standard “boring” sentence.

Here is an example of what I mean:

You have to admit that “freshly-cracked eggs” does stick with you, and those are the kind of things we want to use when we are trying to engage with our readers and customers.

If you do not usually use textural adjectives when writing something, go back to your text once you have written it and try to see if you can substitute some of the usual adjectives with the textural ones.

Use an expression or a sensory metaphor that people do not expect to see.

Thesaurus can be quite handy for this.

Here is a list of some commonly used textural adjectives to get you started:

From awareness to conversion and advocacy, understanding the psychology of decision-making will make you so much closer to your audience and that holy grail of any business or marketing strategy – the relationship of trust and loyalty between you and your customer.

However, bear in mind that moderation is key.

Do not use all of the techniques at once. Choose just one and experiment a little.

See which one appeals to your target audience the most.

Davor is CEO & Founder of Fortis Agency — SEO & content marketing agency for B2B SaaS. He is an SEO expert with over 10 years of experience in the industry. Davor specializes in content marketing and link building and loves helping startups grow their traffic through search engines. 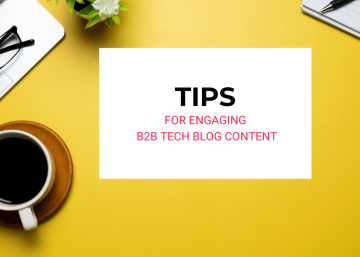 If you want to learn how to write engaging blog posts, we have six great tips for keeping your readers... 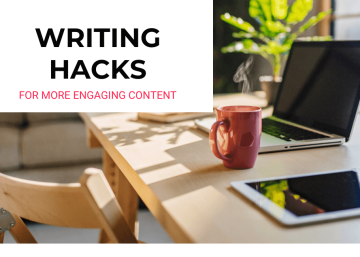 In this article, we’re bringing you five easy tips that will help you write engaging content for your readers.

How to Write the Perfect Content Brief for Your Blog PostsMarina PreglOctober 3, 2022November 19, 2022 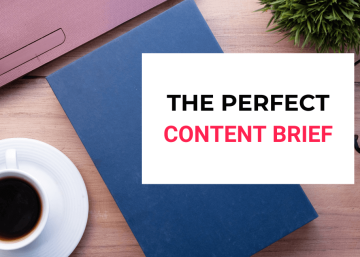 October 3, 2022November 19, 2022|BY Marina PreglHow to Write the Perfect Content Brief for Your Blog Posts

Content writers, no matter how good they are at their job, aren’t mind readers. In this article, we'll teach you...